Amylyx, a start-up biotech company developing new treatments for ALS supported by ALS Finding a Cure®, and Mass General Hospital, announced the publication of results from its successful pivotal stage ALS clinical trial in the prestigious New England Journal of Medicine (NEJM). ALS Finding A Cure® provided two grants to Amylyx: the first in collaboration with Cure Alzheimer’s Disease to support required preclinical toxicology studies, and the second to fund this trial in collaboration with The ALS Association as part of the ALS ACT initiative.

The clinical trial, known as CENTAUR, was a 24-week, randomized, double-blind, placebo-controlled Phase 2/3 clinical trial of 137 individuals with ALS, and was conducted across 25 top medical centers in the U.S. The trial demonstrated that treatment with the Amylyx drug, AMX0035, was well tolerated and decreased the rate of decline, as assessed by the the ALS Functional Rating Scale-Revised (ALSFRS-R), compared to placebo in people with ALS. The trial was led by Drs. Sabrina Paganoni and Merit Cudkowicz of The Healey and AMG Center for ALS at Massachusetts General Hospital, ALS Finding a Cure® investigator and Chief Medical Officer respectively.

The study met its primary endpoint and showed the following:

More information on the CENTAUR trial can be found at www.clinicaltrials.gov, NCT03127514. 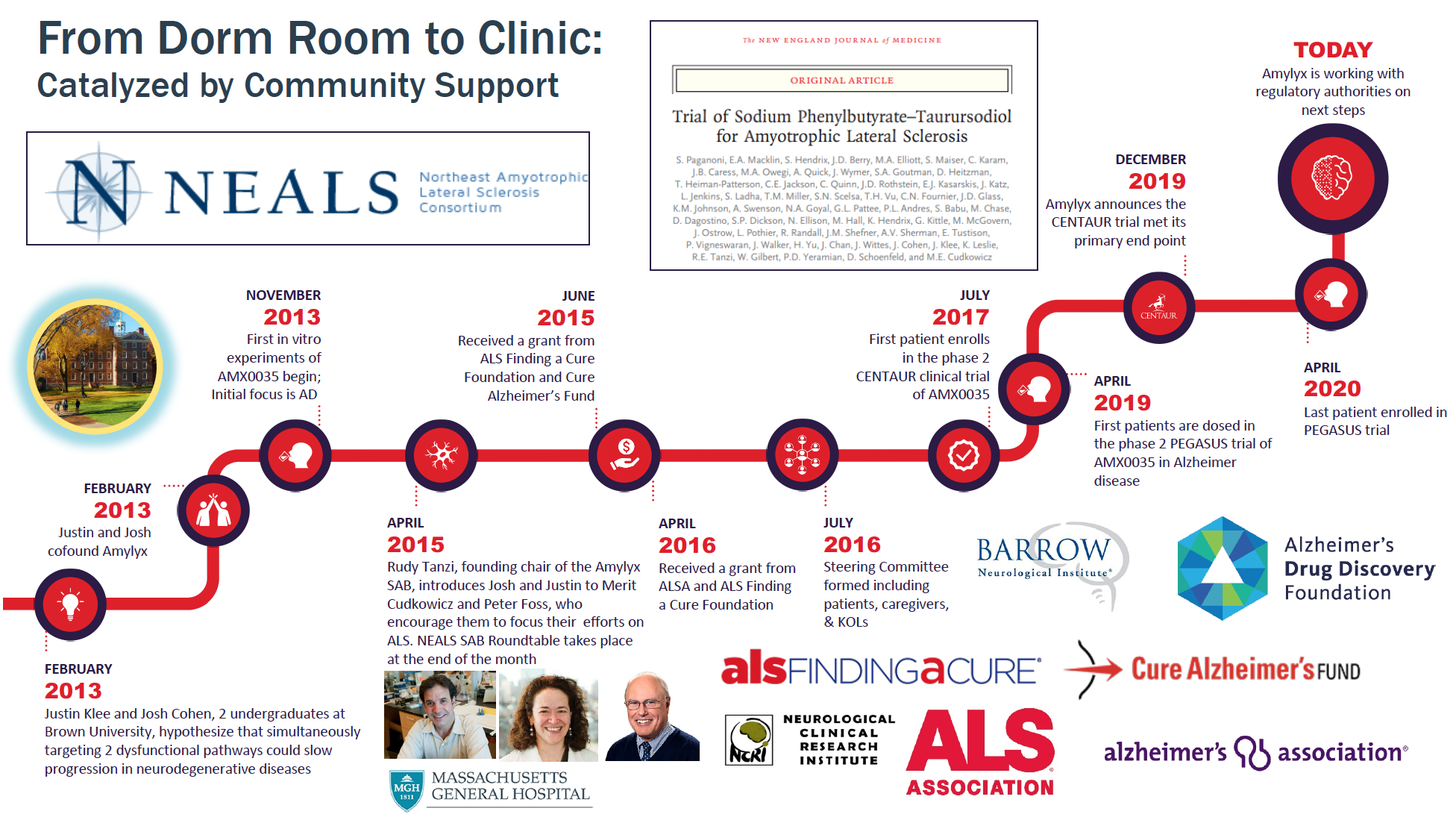