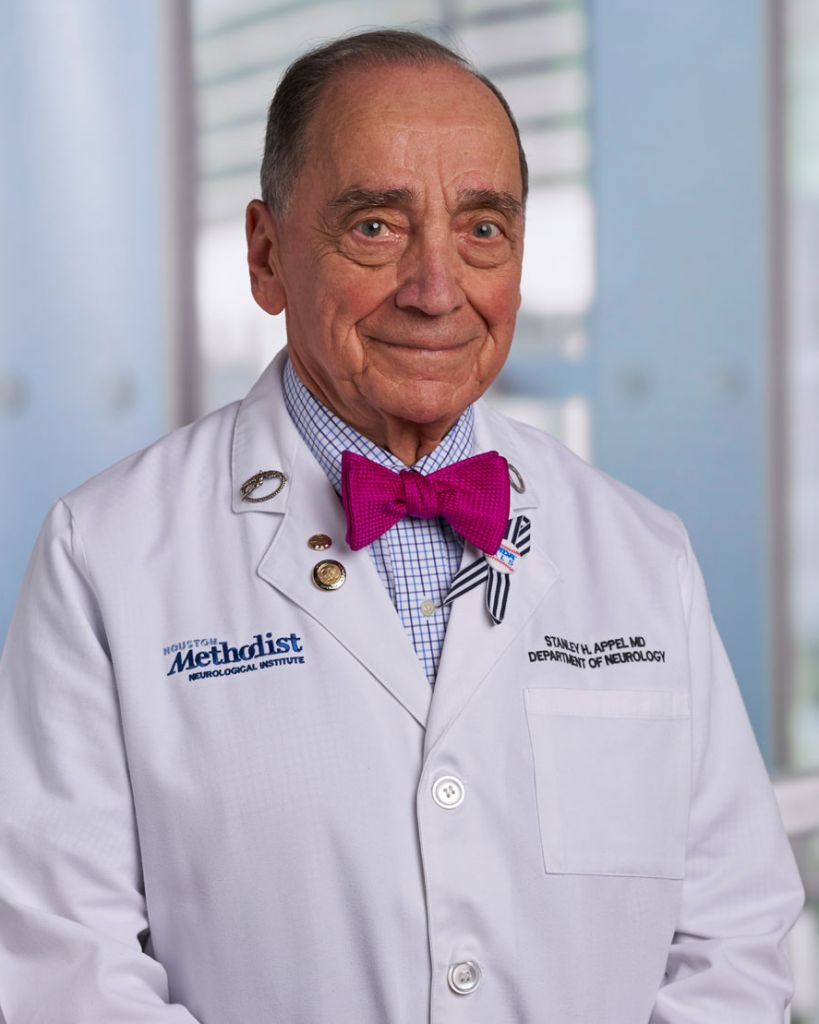 Stanley H. Appel, MD is the Peggy and Gary Edwards Distinguished Endowed Chair for ALS Research, Chair of the Stanley H. Appel Department of Neurology and Co-Director of the Houston Methodist Neurological Institute. He also serves as Director of the MDA/ALSA ALS Research Clinical Center at Houston Methodist Hospital, and is Professor of Neurology at Weill Cornell Medical

College. In August 2020, he was named Director of the Johnson Center for Cellular Therapeutics at the Houston Methodist Research Institute.

Research in Dr. Appel’s laboratory has focused on the role of inflammation in neurodegerative diseases, ALS, Parkinson Disease, and Alzheimer Disease. In ALS, inflammation is widespread with increased proinflammatory immune cells in the CNS and the peripheral compartment. His current therapeutic efforts are focused on enhancing the protective immunity of Treg cells and anti-inflammatory microglia, and decreasing the proinflammatory immunity of Th1 effector lymphocytes and activated microglia. A phase 1 first in man trial of autologous infusion of Tregs was promising, and a phase 2 trial is in progress.

Dr. Appel is the recipient of the 1997 Gold Medal Award from Columbia College of Physicians and Surgeons, 2003 Sheila Essey Award from the American Academy of Neurology, 2004 Wings Over Wall Street MDA Award, 2005 Forbes Norris Award from the Alliance of ALS/MND Associations, and 2008 Houston Academy of Medicine John P. McGovern Compleat Physician Award.